EKO Industrial Services has one key objective to achieve : Contribute value to its clients.

Introducing breakthrough ideas, services and products EKO Industrial has been helping its customers to improve their business. From sales and marketing support to cost reduction, EKO serves in all areas throughout the value chain. All our team members have more than 15 years of experience in international corporations. It has achieved significant growth since the day of its establishment and has been serving leading international and national companies. 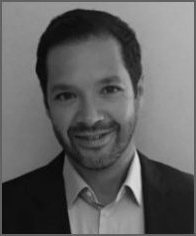 Born in 1976, he graduated from METU as a Mechanical Engineer. Started his career as a Technical Manager in Unilever’s-Ice Cream Operation. After graduating from INSEAD MBA program in 2015, he worked for CHEP-Automotive as the Business Development Manager in Turkey. Later between 2007-2009 he worked as the Global Purchasing Management at Danone Paris, 2009-2012 as Global Cost Reduction Director in Amsterdam and finally 2012-2014 as Global Supplier Director for Turkey and connected region.

In 2014, he decided to leave his professional career and founded EKO Industrial Services. He is also a founding partner at Appsoria Digital (www.appsoria.com)